The Eastern Visayas State University – Ormoc City Campus (EVSU Ormoc) is one of the four satellite campuses of EVSU which main campus is located in Tacloban City, Leyte. The EVSU charter mandates it to provide quality education and training in the fields of science, technology and allied fields through instruction, research, extension and production activities. The EVSU Ormoc City Campus covers the main campus located in a
2-hectare owned land in Brgy. Don Felipe Larrazabal within the city proper as well as two other extension campuses in Brgy. Patag and Brgy. Luna some 5.5 and 3.0 kms. Away from the main site, which respectively sit on a 5.3 and 2-hectare property. As of school year 2007-2008 its total student population is 2,610 representing an increase of nearly 500% since its operation seven years ago. With 23 total permanent/regular teachers, 3 non-teaching and 123 part-timers with total force numbering to 149.
Considered one of the vibrant satellite campuses within the EVSU system, EVSU Ormoc prides itself in being part of Ormoc City, a fast-developing urban center and vital link to the rest of the Visayas Island.
It is reputed as an institution of quality education particularly in the fields of engineering and technology and has begun to establish a track record in having one of the highest if not the highest passing rate in the engineering board examination (average of 77% in the last two years, signification higher than the national average that ranges from 49 to 50%) in Ormoc City and Eastern Visayas.

The imperatives for the preparation of this Campus Development Plan
emanate from a directive of the Board of Regents for EVSU Ormoc to take
stock of its strategic position and the opportunities and challenges presented by an expanding student population and new demands and trends in industry labor/skills requirements both locally and globally.
A team representing a Study Group created by the Board of Regents together with a technical working group from the University embarked on a series of planning workshops beginning on February until May, to identify key planning issues and prepare a strategic plan to give stronger focus to its direction in the next 10-years and explore alternatives particularly for physical site development in light of the City Government’s proposal for relocation that will impact on its ability to maximize its current “gateway” advantage. EVSU Ormoc City’s Positional Advantage, Needs and Challenges.

Among the seven other private schools and colleges in the city, only EVSU Ormoc has the status of a university with the capacity to respond to the broad demand for courses in engineering, education (math and science) and technology. Comparative per unit cost of education shows that the Campus offers about 170% less than the tuition cost of other schools in the city (P70 to 100/unit vs. P297 – P364/unit). This places EVSU Ormoc City not only at a competitive advantage but makes it an important services provider of higher learning to nearly 80% of the market as about this percentage among the region’s household population could not afford private education for their children. It takes in nearly 64% the local student population enrolled in the City in the cluster of schools providing similar course offerings.

For SY 1999-2000, LIT has its satellite campus, the Ormoc satellite Campus. In 1999, pursuant to the provisions of RA 7722, 8292 and 8745 and Board Resolutions No. 59, Series of 1999, two CHED Supervised institutions (CSIs) in Leyte, namely the Leyte College of Arts and Trades and the Burauen Polytechnic College were integrated to LIT. The LIT Dulag Campus started in SY 2000-20001. The Carigara School of Fisheries was integrated to LIT, the second phase of CSIs institution to SUCs.

In 2002-2003, LIT had continued accomplishing its significant role and responsibility to the people in the region. The introduction of new programs, technological and business, the realignment of courses, and high-passing percentage of the engineering and other professional programs established a great challenge and gigantic responsibility to the institution.

Of its current enrollees, 87% come from Ormoc City and the rest from adjacent towns and cities including Bohol and Cebu of the Central Visayas. It therefore plays a vital role as “catchments” for the student market in tertiary and technical vocational education in Ormoc City. Project to reach 5,000 by 2020 and 8,000 by 2025, the enrollees in the Campus grows annually by 17.5% representing a huge demand for resources physical structures and facilities, space, teachers, research, student services,
operation and maintenance. And expanding student population also means more demand for goods and services – transportation, bookstores, internet cafes’, restaurants – and consequently translates to more income for the Campus, the communities in Ormoc City and the local government units.

The Campus occupies an important niche as an institution that can
produce the demand for skilled workers particularly for the global market.
Engineering, technology (HRT) and teaching (science and math) are among the most in demand professions and occupations. It can serve the industry requirements both fo skilled labor and research of the Geothermal Power Plant in Southern Leyte supplying power to Visayas and parts of the Luzon grid and the sugar plantation industry of Ormoc itself. 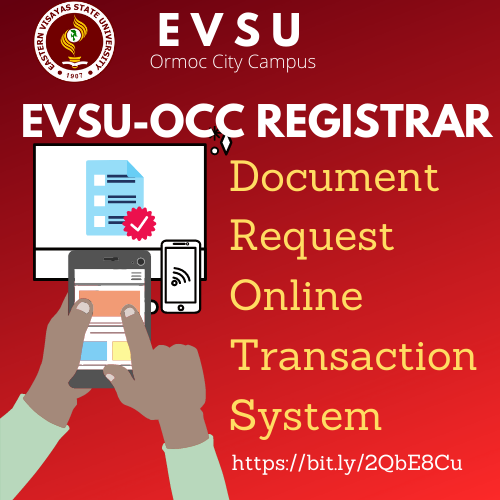